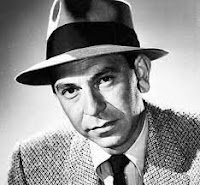 In the classic police drama “Dragnet,” Sergeant Joe Friday (portrayed by the late Jack Webb) implored informants, “All we want are the facts.” Parodies have paraphrased this to where many believe Friday frequently said, “Just the facts, ma’am.” The truth is he never uttered that exact phrase on radio or TV. However, it was used to promote the 1987 movie “Dragnet” and as the title of an authorized biography of Jack Webb. As stated before in this blog, I refuse to pass on chain letters . They often contain outdated or inaccurate information. A new one that’s appeared in my Facebook news feed is Tim Tebow warning us about the government preparing us for a cashless society. I don't believe Tim wrote this. It resembles a meme falsely attributed to another well-known Christian.  For years, a prayer request has circulated with Joyce Meyer’s name attached to it. It claims twenty churches got burned down in an Indian province called Olisabang. There are no provinces in India. They have
Post a Comment
Read more

Yesterday was the 20th anniversary of the 9/11 terrorist attacks. Many Americans recalled what they were doing  when four hijacked planes caused the deaths of nearly 3,000 people. Some commemorate that and other events with moments of silence. Is this beneficial? There’s an old saying, “Silence is golden.” Some people talk too much and would be better off practicing moments of silence. One should be cautious of opening their mouths, especially when they are angry. That way, they won’t utter anything hastily. Ecclesiastes 3:7 says there is ”a time to keep silence, and a time to speak.” Usually, I spend a few minutes per day “ soaking ” while soft music is playing in the background. At the very least, it quiets my mind. Often God speaks to me through a vision. However, moments of silence (just like thoughts ) don’t take the place of spoken prayers. James 4:2 (KJV) says, “…ye have not, because ye ask not.” After John Lennon died in 1980, his widow Yoko Ono requested ten minutes of s
Post a Comment
Read more 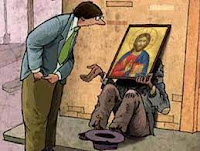 Tomorrow is Labor Day, which one dictionary defines as “a public holiday or day of festivities held in honor of working people, in the US and Canada on the first Monday in September, in many other countries on May 1.” Despite the Bible’s commandments to have a good work ethic, some missionaries are more like “moochinaries”, begging in the name of the Lord. I’ve dealt with a few especially online. Three years ago, a Facebook friend who called himself “The Thankful Leper” sent me a message asking for money. Until then, I never had any interaction with this man since accepting his friend request. Initially, I replied with a link to my “ Discernment for Donations ” article. That was to explain why I don’t give money in response to unsolicited emails. He immediately responded by saying he won’t play “scripture ping pong” but quoted verses about why I should help him financially.  This man went on to say, “If you can't help me in that way I’d be happy to move in with you and you can t
Post a Comment
Read more 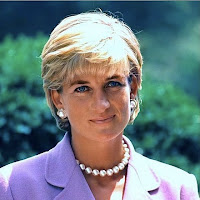 This Tuesday will be the 24th anniversary of the car accident in Paris that killed Princess Diana and her companion Dodi Fayed. This tragedy resulted in outpourings of grief from all over the world. At Diana’s funeral, Elton John sang a revised version of his hit “Candle in the Wind” as a tribute. That recording went on to become the second biggest selling single in history (behind Bing Crosby’s “White Christmas”). However, the real tragedy is that Diana might not be in heaven right now. In his book “Good or God”, John Bevere wrote about how he spent much time grieving over Diana’s death until the Spirit of God instructed him to read Revelation 18. Verses 5 through 7 stood out… “In the measure that she glorified herself and lived luxuriously, in the same measure give her torment and sorrow; for she says in her heart, ‘I sit as queen, and am no widow, and will not see sorrow.’ Therefore her plagues will come in one day—death and mourning and famine. And she will be utterly burned wit
Post a Comment
Read more 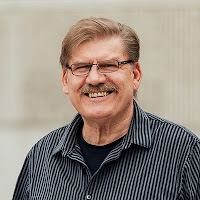 The Bible tells us to give honor to whom honor is due. Yesterday was the 70th birthday of the minister most responsible for helping me become a successful soul-winner. Therefore, I’ve written this tribute to him. Alex Nicholas Kinn Jr. was born on August 21, 1951, and grew up just west of Minneapolis. Like myself, he went through confirmation at a Lutheran church that didn't teach the necessity to be born again. Following high school and a brief college stint, Nick was drafted into the U. S. Army and got stationed in Germany. After his discharge, Nick returned to Minnesota and continued being an alcoholic. One night, he caused a drunk driving accident that almost killed six people. Meanwhile, a few Christians had reached out to Nick with the gospel. Two of them happened while he was in the military. Another person had slid a tract underneath his door. A turning point occurred 45 years ago today. After Nick had been out celebrating his 25th birthday, he got down on his knees at 2
Post a Comment
Read more 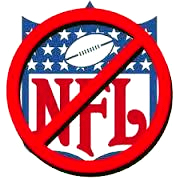 In less than a month, the National Football League will begin a new regular season. I used to enjoy watching their games on TV. This year I plan to shy away from that even more.   Many fans like myself are opposed to the NFL permitting players to disrespect “The Star-Spangled Banner. ” Last year, the league started pairing that with “Lift Every Voice and Sing,” which has been called a “black national anthem.” Despite widespread criticism, Commissioner Roger Goodell declared, “We, the National Football League, believe black lives matter…Without black players, there would be no National Football League.”  That’s not entirely true. The league existed before segregation in professional sports ended. I’m not against “Lift Every Voice and Sing” as a song. It originated from a Christian hymnal. However, playing a “black national anthem” before games is divisive instead of unifying. As stated before, I do not support the Black Lives Matter movement . The league has also succumbed to the h
Post a Comment
Read more

I go out of my way to minister to beggars . With rare exceptions, I have a policy not to give them money . Instead, I offer snacks to the hungry. While many have legitimate needs, professional panhandlers will use deceptive tactics to extract cash from  undiscerning donors . One night while evangelizing in south Minneapolis with Living Word Christian Center, a man with a gas can came up to us asking for money. He claimed his car got stalled on the freeway a short distance away. Evangelism Pastor Nick Kinn was with me and offered to fill up this man’s can if he followed us to a nearby gas station. He hesitated and then claimed the gas wouldn’t be enough to get him home. This beggar wasn’t honest with us. A few friends of mine freely give to panhandlers because Hebrews 13:2 says, “Do not forget to entertain strangers, for by so doing some have unwittingly entertained angels. ” In Genesis 18, Abraham offered hospitality to three men passing by. Two of them were angels. These same bein
Post a Comment
Read more
More posts