Showing posts from November, 2016
Show all

Standing on the Wrong Rock 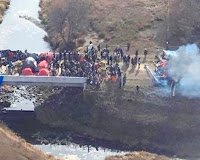 Despite living in Minnesota most of my life, I consider myself a North Dakota native having been born in Fargo. A recent oil boom has caused a marked increase of the Roughrider State’s population. It’s also resulted in a protest that has captured the world’s attention. The issue at hand is the proposed Dakota Access Pipeline that would run from the Bakken oil fields in western North Dakota to southern Illinois, crossing beneath the Missouri and Mississippi rivers, as well as part of Lake Oahe near the Standing Rock Indian Reservation.  Many people including a few celebrities are “standing with Standing Rock” by blocking construction of the pipeline. One reason is to protect the water from a possible oil spill (the phrase “water is life” is often used by protesters). What should be pointed out is another pipeline and other utilities have been previously built underneath the Missouri River. The chairman of the Standing Rock Tribal Council happens to own a gas station. Another
Post a Comment
Read more

Your Family Can Be Saved 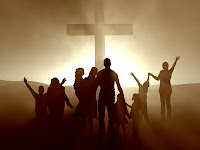 As a minister of the gospel I often receive prayer requests. Many of them are for lost loved ones. This article is to encourage those of you standing for a family member’s salvation. It was my sister and her husband who led me to Christ. A personal crisis made me recognize my need for Him. On March 19, 1991 I drove to Fargo, North Dakota (the city where I was born) to talk with Greg and Tanya. After three hours of clearing up many misunderstandings I had about Christianity, my brother-in-law invited me to pray with him. I asked Jesus to come into my heart and felt the power of God flow throughout my body. Later I learned Greg and Tanya prayed for years I would recognize my need for Jesus and wanted to play a part of my salvation. By July 1994 I had become a committed soul-winner and went back to the Fargo area specifically to witness to family members. Quite a few of them already knew the Lord. One morning I stopped to see my Aunt Gaye. She didn’t have a phone and so my arri
Post a Comment
Read more

Reflections on the 2016 Election 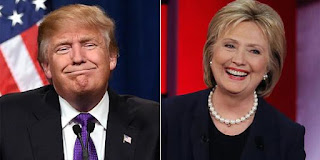 It’s finally over. After weeks of mudslinging during a very divisive election, Donald Trump will be the 45th U. S. President on January 20th. At 70 years old, Trump is the oldest person ever elected to a first term (surpassing 69-year-old Ronald Reagan in 1980). Many reporters have called Trump’s victory “an upset” despite huge crowds that showed up at his campaign rallies. On Election Day I went evangelizing at a mall having already voted for Donald Trump using an absentee ballot. Then I watched the election returns on TV. Because the results were a bit close and a few networks stalled in declaring Trump the projected winner of selected states, I stayed up past 2:30 a.m. praying until he made his acceptance speech. It was also gratifying to hear the Republicans still have control of Congress. This will hopefully result in Trump repealing (as he calls it) “the disaster known as Obamacare .” It’s sad how this election caused some Christians to be ensnared by a political spir
Post a Comment
Read more

Five years ago during a prayer meeting at a church in West Fargo, North Dakota, I was praying for the 2012 presidential election and specifically asked for God’s choice to be elected. Michele Bachmann’s name came up in my mind but I didn’t immediately speak that out. Seconds later, the prayer group leader started praying for the congresswoman from Minnesota. A few days after that I posted a comment about this on Michele Bachmann’s Facebook page. Unfortunately, that triggered mostly negative responses. One person argued that God doesn’t choose politicians…people do. It’s true in a democracy, the candidate with the most votes gets elected. Nevertheless, God does anoint selected individuals for positions of authority such as King David in 1 Samuel 16:12.   One might question if I really heard from God regarding Michele Bachmann becoming president since she dropped out of the race months later. Regardless, if more God-fearing people sought the Lord before going to the polls
Post a Comment
Read more
More posts