Showing posts from March, 2010
Show all

It’s important to study the Bible for yourself and not blindly accept everything a minister says from the pulpit. Wrong religious traditions have developed over the years due to people not rightly dividing the word of truth. For example, Catholics believe Peter was the first pope because of what Jesus said in Matthew 16:18… “And I also say to you that you are Peter, and on this rock I will build My church, and the gates of Hades shall not prevail against it.” The name Peter comes from the Greek word petros meaning “rock.” Because the next verse refer to Jesus giving “…the keys of the kingdom of heaven” , some people believe “St. Peter” is at the Pearly Gates deciding who gets in and who doesn’t. It’s true that God used this fisherman as a leader in the early days of the church. But Peter himself wrote in 1 Peter 2:4-8… 4 Coming to Him as to a living stone, rejected indeed by men, but chosen by God and precious, 5 you also, as living stones, are being built u
Post a Comment
Read more 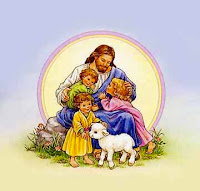 This morning I went street evangelizing in Charleston, South Carolina and saw ten people give their lives to Jesus. At the beginning of this outing, I had a strange encounter. I offered a tract to a man who walked past me claiming I gave him one yesterday. (That was impossible - I stayed indoors because it rained all day.) I didn’t contest his claim and talked to other people in the area. A few minutes later, this man came back to me complaining the tract I had supposedly given him was “offensive” because it was geared towards children. I replied by pointing out what Jesus said in Matthew 18:3… “Assuredly, I say to you, unless you are converted and become as little children, you will by no means enter the kingdom of heaven.” This man responded by quoting something from the Greek New Testament. I avoided getting sidetracked and asked if he ever made Jesus Christ his Lord and Savior. He had no idea what I was talking about! I quoted Romans 10:9 and this man said that ver
Post a Comment
Read more
More posts