Showing posts from July, 2013
Show all

Years ago a friend of mine wore a T-shirt that read “Addicted to Space Invaders.”For a while I was addicted to video games.One of my favorites was “Dr. Mario.”I would spend up to $10/day on that game.This was when most video games still cost only a quarter to play.
One dictionary defines addiction as “relinquishing ourselves to the control of something or someone else.”Addictions usually don’t happen immediately.Alcoholics often start with just one drink.If they don’t know how to “hold their liquor”, they gradually drink more and more until they cannot control themselves.
Everybody gets addicted to something.Some may choose drugs, pornography, gambling, food, sports, TV, or playing computer games for hours.I’ve heard people declare they have a caffeine addiction.While I often drink coffee, I will occasionally go without it for days to prove to myself that I’m not addicted to the stuff.
Another kind of addiction can be the latest ride at the amusement park.Many people look for an act…
Post a Comment
Read more 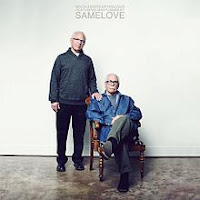 During my teens and early twenties, I was a regular listener of Casey Kasem’s radio show “American Top 40.”That inspired me to subscribe to Billboard magazine whose record charts Casey based his weekly countdown on.
Nowadays I avoid listening to most of today’s hits because of the increased amount of profanity and sexual content in the lyrics.Still I occasionally log onto Billboard’s website to find out what’s happening with the pop music scene.There's now a song in the Top 20 by Macklemore & Ryan Lewis called “Same Love” that openly endorses same-sex marriage.Some of the song’s lyrics attempt to discredit the Bible’s prohibition of homosexuality…
The right wing conservatives think it's a decision And you can be cured with some treatment and religion Man-made rewiring of a predisposition Playing God, aw nah here we go God loves all his children, is somehow forgotten But we paraphrase a book written thirty-five hundred years ago
While other Billboard.com readers wrote positive rem…
Post a Comment
Read more

Last year while street evangelizing in Harrisburg, Pennsylvania, I got to know a man who was one of the most “on fire” believers I ever met.Surprisingly, this man insisted he wasn’t zealous enough.Many times when I talked to him on the phone, he asked me to pray that he would have more zeal.Personally I thought he was more zealous for God than me!
One dictionary defines zeal as “great energy or enthusiasm in pursuit of a cause or an objective.”Worldly people think it’s wrong to be zealous or fanatical about the things of God (I’ve often been labeled a “religious fanatic” when taking a public stand against sinful activities).Yet many of these individuals have no problem acting fanatical at a sporting event.Keep in mind the word “fan” is short for fanatic.
Charles Spurgeon once said, “Be ye still men of might and vigour, men who serve their God with diligence and zeal.”Several verses in the Bible encourage zealousness.Here are a few of them…
“Do not let your heart envy sinners, but be z…
Post a Comment
Read more 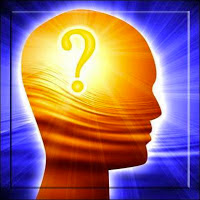 People who refuse to believe in God are becoming more “evangelistic” in spreading their message of unbelief. Last weekend in front of a Florida courthouse, a group of atheists unveiled a monument next to a granite slab listing the Ten Commandments.American Atheists President David Silverman stated in a press release that his New Jersey-based organization plans to erect 50 more monuments at public sites across the country.
Many atheists pride themselves as being “freethinkers.”They believe that by not adhering to Scripture, they are free to think for themselves.On the other hand, Sid Roth released a book called “They Thought for Themselves”, which features testimonies of “ten amazing Jews” who found out the truth about Jesus as their Messiah.
I heard one motivational speaker claim the human brain didn’t come with an owner’s manual.The truth is the Bible gives many instructions on how to use our minds.Here are a few of them…
“You shall love the LORD your God with all your heart, with all …
Post a Comment
Read more
More posts