Showing posts from May, 2020
Show all

Pray for the Police 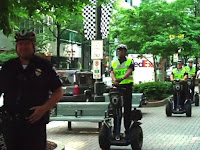 Four years ago while staying at a friend’s place in North Dakota, he loaned me DVDs of old movies and TV shows. One of them had episodes of the original “Dragnet” series from the 1950s. I recalled watching the reboot from the late 1960s while growing up and started seeing them again on YouTube. That gave me greater respect for those in law enforcement. Unfortunately, not every policeman does his job with excellence. Last Monday in Minneapolis, a white officer named Derek Chauvin pressed his knee upon the neck of a handcuffed African-American man for several minutes. George Floyd repeatedly said he couldn’t breathe and was later pronounced dead at a hospital. Judging from videos I’ve seen of this incident, Floyd didn’t appear to be resisting arrest. It wasn’t until four days later that manslaughter and third-degree murder charges were brought against Chauvin. Meanwhile, riots broke out in Minneapolis and other cities. It brought back memories of the violence that erupted foll
Post a Comment
Read more

How Do You See Yourself? 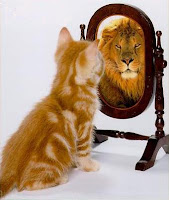 Once while attending a conference at a church in Florida, various slides were put up on the overhead screens including the one pictured here. I immediately thought of Proverbs 28:1, which says “...the righteous are bold as a lion.” Another verse in Proverbs (chapter 23 verse 7) says, “For as he thinks in his heart, so is he.” How do you see yourself? Do you picture yourself as “more than a conqueror” (Romans 8:37) or like a grasshopper as the Israelites did outside the Promised Land? Too many Christians think of themselves as the latter. That’s why they don't receive all the blessings God has.for them. Recently I saw a Facebook meme comparing one well-known TV pastor to the Apostle Paul calling himself “wretched” as if it’s wrong for Christians to make positive declarations over themselves. Joel 3:10 commands, “Let the weak say, ‘I am strong.’” Paul’s comment in Romans chapter 7 needs to be read in context. The apostle wrote about his fleshly struggles but then mentio
Post a Comment
Read more

An Open Letter to Tim Walz 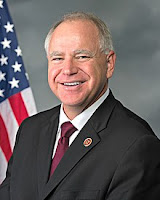 Dear Governor Walz, I’m a traveling missionary who’s lived in Minnesota for most of my life. Like yourself, I’m 56 years old with a Lutheran background and have served in the Army National Guard . Three months ago, I returned to Minnesota shortly before the coronavirus lockdown began. Since then, I’ve tolerated not being able to sit in coffee shops where I often work on my laptop and minister to people. More unfortunate, churches have been told not to have public gatherings. This violates the First Amendment guaranteeing our right to peaceably assemble. While I don’t want to see anyone die from the coronavirus, preventing healthy people from living normal lives is not the answer. Past pandemics have been contained by quarantining the sick. This year’s lockdowns have caused many to suffer financially such as my friend Lynda who hasn’t been able to work at her hair salon for over two months. How would you like it if your paycheck was withheld for that long?  This past Thur
Post a Comment
Read more

Coronavirus lockdowns have forced many places to close or change how they do business. For two months now, I haven’t been able to get a haircut, hang out at coffee shops, or attend most church services in person. Nevertheless, there are Christians who are quick to preach about “obeying the laws of the land” (Romans 13:1-6, Titus 3:1-2). I agree with that to a point. For example, no one should  violate the speed limit  except for policemen catching criminals and first responders trying to save lives. Sometimes civil disobedience is necessary when a law contradicts the higher laws of God. These individuals in the Bible wouldn’t have fulfilled their divine destinies had they followed every man-made ordinance… The Hebrew midwives were ordered to throw newborn boys into the Nile River (Exodus 1:16). One mother hid her son for three months and then sent him floating down the river. Moses eventually led the Israelites out of captivity.  Esther went against protocol by appearing befo
Post a Comment
Read more 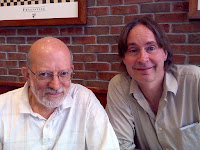 Martin and me in 2014 It’s sad when friends of ours die but it’s also a time of rejoicing if they knew the Lord. We will see them again in heaven. Martin Wishnatsky was born on July 13, 1944 and raised in a conservative Jewish family. Originally from New Jersey, Martin graduated from Phillips Academy in Andover, Massachusetts and then earned a Ph.D. in political science from Harvard University. During that time, his professors taught him to believe that God wasn’t real. A turning point happened in 1977 while in Hawaii. A gypsy woman ministered the gospel to Martin. He soon bought a Bible and became a completed Jew. After a few years working as a stockbroker and computer programmer on Wall Street, Martin moved to my birthplace of Fargo, North Dakota in 1991. He joined the Lambs of Christ, a pro-life group that peacefully protested in front of the state’s only abortion mill and saved the lives of many unborn children. (Ironically, I gave my life to the Lord in 1991 at my sis
Post a Comment
Read more
More posts