Showing posts from December, 2017
Show all

Will Universalists Go to Heaven? 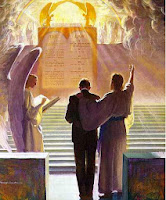 Jesus said in Matthew 9:29, “According to your faith let it be to you.” God’s promises of salvation, healing, and provision are available to everyone but don’t happen by default. One must be willing to receive those promises and then obey His instructions for them to manifest. A concept isn’t true just because a group of people believe it. That certainly applies to the doctrine of universal reconciliation, which states everybody will spend eternity in heaven. It’s scary to think what the Lord will say to ministers who preached this false gospel when they stand before His throne.  I do believe universalists who are born again but lack biblical knowledge will get into heaven. It wasn’t until a year into my faith walk when I received the revelation that Jesus is the only way to salvation (John 14:6). We are saved by faith in Christ, not because all our spiritual beliefs are 100% in line with Scripture. However, mature Christians who suddenly become universalists cross a da
Post a Comment
Read more

Tell Them the Truth

Unfortunately, many traditions associated with Christmas have pagan origins. Rather than make a fuss about them, let’s create traditions that glorify the Lord. When I used to get together with my mother’s side of the family on Christmas Eve, one of my aunts insisted on us singing “Happy Birthday” to Jesus before we opened up presents. That’s a clever way to remind people of the reason for the season. One holiday tradition I am strongly against is parents giving presents to their kids saying they are from Santa Claus. Many people think this is harmless fun. But when I was little and discovered Santa, the Easter Bunny, and the Tooth Fairy were all fictional characters, I started questioning God’s existence. Parents who don’t tell their kids the whole truth about St. Nicholas are setting them up for a letdown.   A few years ago, one television news anchor got in hot water for speaking the truth about Santa Claus. In response to comments made by a co-anchor regarding gift expecta
Post a Comment
Read more

A Eulogy for My Dad 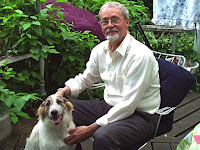 Richard “Dick” Post was born on June 28, 1943, in Hood River, Oregon. His father was stationed there during World War II. The family later moved to Fargo, North Dakota. After graduating from Fargo Central High and taking some college courses, Dad settled into a career as an interior decorator. Over the years he worked at various furniture stores in the Fargo-Moorhead area. Dad could have made more money as a traveling salesman but opted for jobs that allowed him to come home every night to be with my mother, sister, and me. Often our evenings were spent watching TV and playing an occasional board game. Dad sometimes brought meals home for us such as hamburgers, pizza, and Mexican food. In recent years when I came home for a visit, Dad and I usually ate out at Asian buffets. During the 1970s, Dad’s work prospered him enough to own three cars including a corvette that he sometimes drove me to school in (to the envy of my classmates). Summer weekends were usually spent at Big S
Post a Comment
Read more

Why I Hail Jesus and Not Mary 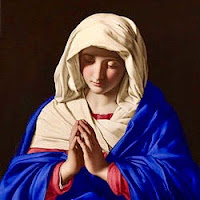 Mention the phrase “Hail Mary” and football fans think of a desperation pass usually thrown by a team trailing in the final seconds of a close game. The phrase became part of the football lexicon following a 1975 NFL playoff game in which (to my disappointment) the Minnesota Vikings lost to the Dallas Cowboys. Cowboys quarterback Roger Staubach revealed he “closed my eyes and said a Hail Mary” before throwing the winning touchdown pass to wide receiver Drew Pearson. The traditional Hail Mary prayer recited by Catholics like Staubach goes like this… Hail Mary, full of grace. Our Lord is with thee. Blessed art thou among women, and blessed is the fruit of thy womb, Jesus. Holy Mary, Mother of God, pray for us sinners, now and at the hour of our death. Amen. When witnessing to Catholics, I’m sometimes asked about praying to the Virgin Mary. There are reasons why that is unscriptural… Mary did not remain a virgin after Jesus’ birth. Matthew 1:25 says Joseph “...did not
Post a Comment
Read more 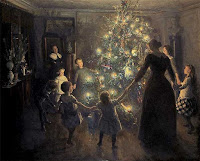 With the holiday season approaching, many businesses and individuals have already put up decorations. Among them are Christmas trees. A popular carol “O Christmas Tree” originated from Germany as “O Tannenbaum”, which translates as “O Fir Tree.” The original lyrics had nothing to do with Christmas. Nevertheless, I remember singing the German version a time or two while in grade school. Like other holiday traditions, some Christians oppose the usage of Christmas trees. One of my Facebook friends made a judgmental comment that people putting up Christmas trees “are worshiping the devil and have a mental disease.” Before giving my life to Christ, I didn’t have a Christmas tree in my apartment because of the time and expense involved. Instead, I drove up to Mom and Dad’s house for the holidays and enjoyed looking at their decorations. Nowadays, I still don’t own a Christmas tree mainly due to my missionary lifestyle. Once I heard e vangelist Jesse Duplantis talk about the time h
Post a Comment
Read more
More posts