Showing posts from September, 2016
Show all

Putting a Price on Ministry

One reason I maintain a post office box in Ashland, Virginia is because of frequently visiting a Christian campground there. Calvary Pentecostal Tabernacle hosts meetings and conferences throughout the year without charging for food or lodging except during their biannual Women’s Conventions. For over 60 years, CPT’s needs have been met largely through offerings. That is truly a testimony of God’s faithfulness. At other places, I’ve attended conferences where admission fees were charged. A few of those have been at Toronto Airport Christian Fellowship (now known as Catch the Fire ). The evening meetings were still free to the general public. TACF told the ones who paid the conference fee not to feel obligated to give during evening offerings unless the Lord led them to. TACF also gave people the option to work a few hours at the church if they didn’t have enough money to attend the day sessions. Then there are ministries charging to attend their evening meetings as well and
Post a Comment
Read more

An Open Letter to Daniel Heinrich 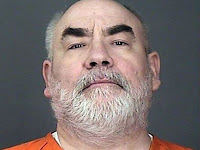 Dear Daniel, I’m a missionary who has lived most of my life in Minnesota. While there’s no guarantee you will ever see this letter, I still felt inspired to write to you. My intent is not to bring additional shame and condemnation you’ve already experienced. You probably felt some relief after confessing to the abduction and murder of Jacob Wetterling. It would be hard for anyone to have that on their conscience for 27 years. The date of Jacob’s disappearance (October 22nd) always stood out to me because that happens to be my sister’s birthday. I can’t imagine the horror of having a loved one disappear and not knowing their whereabouts for nearly three decades. The news reports I read about your plea agreement indicate you will spend at least 20 years behind bars. Regardless if you ever see freedom again, I want to share some good news with you.  While there are angry people who want to see you suffer for eternity, God sees things differently. Romans 3:23 says, “for all
Post a Comment
Read more

When the Towers Fell

Today on the fifteenth anniversary of 9/11, many people can still recall where they were and what they were doing during that tragic day. On that Tuesday morning, the Lord led me to do street ministry in Springfield, Virginia (at the time I was living in the nearby city of Manassas). The first two people I prayed with were teenaged boys on their way to school. Later while browsing around a Barnes & Noble bookstore, I overheard someone talk about a plane crash. I figured if it was something serious, I would later hear about it on the news. Not long afterward, I walked into an electronics store and noticed people crowded around a big-screen TV. It was then I heard about the planes crashing into the World Trade Center and the Pentagon (which is only ten miles from Springfield)! Increased boldness came upon me and I altered my evangelism approach for the rest of the day. First I asked people if they heard what just happened in New York City and Washington, DC. Then I asked if t
Post a Comment
Read more

As a young Christian I used to get offended when holy laughter manifested at the full gospel church I attended. Coming from a traditional denominational background, I had a hard time accepting that being of God. Fortunately my religious mindsets were dispelled once I lightened up more and studied the Bible for myself. Nehemiah 8:10 says, “ Do not sorrow, for the joy of the LORD is your strength.” Recently I exchanged emails with a man who claimed “there is no such thing as holy laughter.” I have to disagree. Not only have I seen it manifest in meetings but also on the streets. Occasionally while evangelizing people have giggled uncontrollably as they prayed with me to receive salvation (including three skateboarders this past Friday in Omaha). Often they apologize thinking there’s something wrong with that. I point out God is making Himself real to them. Psalm 16:11 says, ”In Your presence is fullness of joy.” Laughter and joy go hand in hand. Job 8:21 says, “He will yet fil
Post a Comment
Read more
More posts