Showing posts from February, 2019
Show all

Over twenty years ago I made the first of what would be many trips to the Brownsville Revival in Pensacola, Florida. My initial reaction wasn’t too favorable. Previously I hadn’t heard any sermons from Pastor John Kilpatrick or Evangelist Steve Hill and was taken aback by their in-your-face preaching styles. I would have preferred attending more renewal meetings in Toronto but the Lord kept sending me to Pensacola. Since then I have grown to appreciate the ministry that went forth from Brownsville Assembly of God . Their leadership’s passion for purity and holiness is greatly needed in our churches. Once I posted on Facebook a link to a Steve Hill article warning against heretical teachings invading the church. A fellow minister responded to that with mocking comments. He wrote, “I always cringe when people/prophets/fruitcakes say they have a word of rebuke from the LAWd. He is the God of ALL ENCOURAGEMENT.” Ironically, I spent time with this minister in Pensacola the year be
Post a Comment
Read more

Back in 2008, my then-roommate and I took a road trip to attend revival meetings in Lakeland, Florida. When a friend found out about it, he sent me an irate email because I didn’t ask him to go with us. His anger was unwarranted. I had no idea he wanted to go to Lakeland. He also didn’t consider the possibility of there not being enough room in the car for him and his luggage. On top of that, this man was unemployed and probably lacked the money to cover his food and lodging. I pointed these things out to my friend and he apologized. But then he sent another email asking me to pray that someone would take him to Lakeland and pay all his expenses.  Some Christians who know it’s God’s will for them to prosper still come across as beggars. I’ve had friends send me emails saying they are “believing God” for finances but then ask for money. One of them even accused me of being a moocher. Yet this same person has often solicited donations from me and other people. Certainly, Chris
Post a Comment
Read more 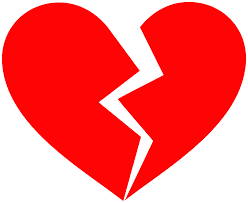 Valentine’s Day can be difficult for single people. Despite go ing through two divorces, I’m still desiring to marry again. Previously in this blog, I wrote about a grade school girlfriend I considered my first love . While I went on to have many other girlfriends during my youth, there was one relationship I strongly desired that wasn’t meant to be.  This story begins in late 1980 around the time I landed a job at Skateland in Fargo, North Dakota. One day at the roller rink, I asked a cute redhead to skate with me during “couples only.” Her name was Jodi. I was interested in getting to know her until she informed me of having a steady boyfriend. So I pretty much forgot about Jodi until a few weeks later. On the day after Valentine’s Day 1981, I had that Sunday off but still spent the day at Skateland. During “trios only”, I asked two girls sitting together to skate with me. One of them was Jodi who reminded me of us skating before. Although she was still seeing that other
Post a Comment
Read more

The Day the Music Died 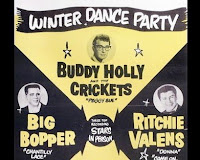 While many Americans today have their minds on the Super Bowl, pop music historians remember this being the anniversary of “The Day the Music Died.” Originating from Don McLean’s classic hit “American Pie”, that phrase summarized a horrific event that happened sixty years ago.  On February 3rd, 1959, a chartered airplane crashed in a frozen field near Mason City, Iowa killing rock stars Buddy Holly, Ritchie Valens, and the Big Bopper. This tragedy has been of particular interest to me since their next concert would have been in Moorhead, Minnesota, the city where I grew up. The concert site was only five blocks from the house I would spend most of my childhood. One of the performers who filled in for the deceased musicians was Robert Velline, who went on to a successful career as Bobby Vee. My late father went to high school with Bobby and shared an art class with him. Vee himself died a couple of years ago due to complications from Alzheimer’s disease.  Technically, the mu
Post a Comment
Read more
More posts