Showing posts from February, 2022
Show all

Has the War of Gog and Magog Started? At the beginning of the 20th century, many would have scoffed at the idea of Russia becoming a world power. That happened after World War II when Soviet forces occupied Eastern European countries. Differences between the United States and the Eastern bloc nations resulted in the Cold War. Since the collapse of communism in 1991, the U. S. and Russia had better relations. That changed a few days ago when Russian troops invaded the Ukraine. Vladimir Putin has talked of reestablishing the former Soviet Union. I’m not blindly accepting everything reported by the mainstream media. While I don’t condone the war, other things are happening behind the scenes. While seeking information from alternative news sources, I learned targets taken out by Russian forces include bio-labs funded by the United States Department of Defense. What if Russia set up bio-labs in Canada or Mexico? The U. S. government would likely take swift action like what happened during the Cuban Missile Crisis in 1962.  S
Post a Comment
Read more

A Friend of God 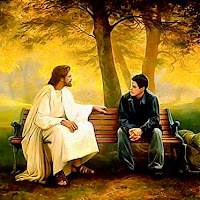 An objection that often comes up when sharing the gospel is that there are many different religions. I respond by pointing out Christianity is not a religion but a relationship. Religion is man trying to appease God through good works. Christianity is God reaching out to man through His son Jesus Christ. Throughout the Bible, the Lord sought relationships with men. Even under the Old Covenant, Abraham was referred to as God’s friend… “Are You not our God, who drove out the inhabitants of this land before Your people Israel, and gave it to the descendants of Abraham Your friend forever?” - 2 Chronicles 20:7 “But you, Israel, are My servant, Jacob whom I have chosen, the descendants of Abraham My friend.” - Isaiah 41:8 “And the Scripture was fulfilled which says, ‘Abraham believed God, and it was accounted to him for righteousness.’ And he was called the friend of God.” - James 2:23 There’s a well-known praise song with the lyric, “I am a friend of God.” Anyone can be as close
Post a Comment
Read more

Aliens in the Bible 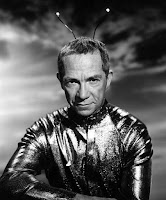 11 Books That Helped Me Grow Spiritually 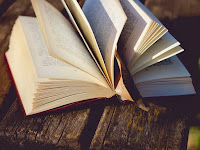 The Bible is the all-time best seller. Unfortunately, there are believers reluctant to read it. One reason is they have an older translation that’s hard to understand. Others may start reading in Genesis and become disinterested when going through the genealogies. When ministering to individuals who don’t have a Bible, I usually give them a gospel of John in a newer translation unless they ask for a King James Version .  As a young Christian, I read many books based on God’s word that helped me grow in my knowledge of Him. Here are eleven that made a difference in my life: “Don’t Stop the Music” by Dana Key - Dana was part of DeGarmo & Key, one of the first  successful Christian rock groups. “Don’t Stop the Music” is a rebuttal to the anti-“Christian Rock” position of some well-known preachers. It assured me God can use any kind of music that glorifies Him. I met Dana in 1994 after a performance and had him sign my copy of his book. Four years later, I mailed the book to a di
Post a Comment
Read more
More posts