Showing posts from October, 2015
Show all

Next Saturday people around the world will celebrate Halloween. Christians have responded to this holiday in different ways. Some church-going parents allow their kids to go trick-or-treating not seeing anything wrong with that. Others ignore the day completely as to avoid “every form of evil. ” (1 Thessalonians 5:22) Then there are parents who send their kids to a “Hallelujah party” or some other alternative event. I’ve even heard of believers having “hell houses” (instead of haunted houses) to show people what eternity will be like if they die without knowing the Lord. Since becoming a Christian in 1991, there were a few Halloween nights when I went out street evangelizing. Another time I attempted to give out tracts instead of candy to kids who showed up at my door. I quickly realized this wasn’t an effective way to reach children for Jesus. I remember trick-or-treating as a kid and would have been disappointed if an adult offered me a tract without any candy. Six years a
Post a Comment
Read more

Sowing the Seeds of Love 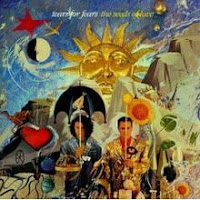 God often uses secular songs to minister to me. This past Wednesday I had a dream in which I was watching a revised music video of the 1989 Tears For Fears hit “Sowing the Seeds of Love.” One of the lyrics had been changed by mentioning the Lord. When I woke up, I perceived this dream was direction to go evangelizing that day (I had stayed home the previous two days fasting and praying). Later that evening, I got blessed with a huge amount of gospel tracts. I also recalled a prophetic word I received five years ago in which I was compared to Johnny Appleseed. This 19th Century missionary lived a nomadic lifestyle planting apple orchards in Pennsylvania, Ontario, Ohio, Indiana, and Illinois, as well as the northern counties of present-day West Virginia. A popular legend is that Johnny randomly planted apple seeds without seeing the fruits of his labor. Although I’ve prayed with thousands of people to receive salvation, I’ve also planted countless seeds through gospel tracts.
Post a Comment
Read more 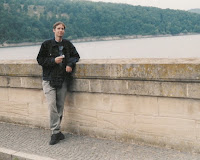 Standing by a river in central Germany I was temporarily living in Toronto in 1996 when the Lord revealed He was calling me to go to Germany. Initially I wasn’t excited about the idea. But by the time I made my third Germany trip in 2003, I would have been content to spend the rest of my life there. Instead God directed me to visit other parts of Western Europe until I returned to America. Since then I’ve mostly spent seasons living on the East Coast and in the Upper Midwest.  One of the greatest frustrations a believer can experience is not knowing where God wants them to be. Many times we need to take action on what we know before He gives us additional direction. In Genesis 12, Abram was directed by the Lord to leave his home country but didn’t receive further instructions until he started moving. You cannot steer a parked car. Lack of provision can also be a sign we’re not where God has assigned us to be. In 1 Kings 17, Elijah was commanded to go to the brook Cherith w
Post a Comment
Read more

Last Sunday night I saw the latest blood moon in the sky. I couldn’t get a decent picture of it with my phone or camcorder but saw photos taken by Facebook friends. I also noticed friends posted mocking comments because the Apocalypse didn’t happen. The recent blood moon tetrad plus a total solar eclipse on March 20th of this year were simply signs that we are living in the last days. As Acts 2:20 says, “The sun shall be turned into darkness, and the moon into blood, before the coming of the great and awesome day of the Lord.” The lunar and solar eclipses were never meant to signify the exact day of the Lord’s return.  Ministers like John Hagee brought attention to the blood moons because three previous tetrads also coinciding on Jewish holidays occurred around the time significant events happened involving the Jews... In 1493 and 1494, total lunar eclipses occurred on the Jewish Passover and the Feast of Trumpets both years. This was after King Ferdinand and Queen Isa
Post a Comment
Read more
More posts