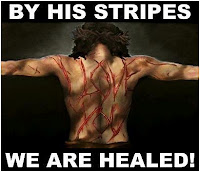 This past Thursday, the U. S. Supreme Court ruled in a 5-4 decision that the Patient Protection and Affordable Care Act (often referred to as “Obamacare”) is Constitutional. Unless this law is repealed or modified, virtually all Americans will be required by 2014 to have health insurance or face fines imposed by the IRS. Personally I am disgusted with this legislation because it gives the government more power over individual liberties. Obamacare could also set the stage for the Mark of the Beast being introduced to this country.

No, I don’t believe Barack Obama is the antichrist. But I am grieved that the President professes to be a Christian while continuing to promote policies contrary to Scripture. Obamacare could fit in this category since it encourages people to look to doctors first instead of Jehovah Rapha. It would be advisable for President Obama to read 2 Chronicles 16:12-13, “And in the thirty-ninth year of his reign, Asa became diseased in his feet, and his malady was severe; yet in his disease he did not seek the Lord, but the physicians. So Asa rested with his fathers; he died in the forty-first year of his reign.”

On the other hand, some Christians have the idea that if you go see a doctor, then you lack faith. It’s not wrong to seek medical help when necessary. After all, one of the gospel writers (Luke) was a doctor. Jesus Himself said in Matthew 9:12, “Those who are well have no need of a physician, but those who are sick.” The Lord can work through doctors and medicine. But physicians are not God and should not be viewed as such. There is only one Great Physician.

“who Himself bore our sins in His own body on the tree, that we, having died to sins, might live for righteousness—by whose stripes you were healed.” - 1 Peter 2:24
Barack care DC God health Holy Spirit IRS Jesus mandatory mark of the beast Obama Obamacare Patient Protection and Affordable Care Act Supreme Court Washington White House