What Would Jesus Do in Orlando?

June 19, 2016
Last Sunday morning in Orlando, Florida, a Muslim man walked into a gay bar and went on a shooting spree. 49 people plus the gunman were killed. Another 53 were wounded. Not counting massacres done to Native Americans during the Westward Expansion, this was the worst mass shooting on U. S. soil.

From an eternal perspective, the greatest tragedy regarding any large loss of lives are those who died without knowing the Lord. While it’s possible there were Christians among those killed in Orlando, it’s likely most of them weren’t. 1 Corinthians 6:9-10 says, “Do not be deceived. Neither fornicators, nor idolaters, nor adulterers, nor homosexuals, nor sodomites, nor thieves, nor covetous, nor drunkards, nor revilers, nor extortioners will inherit the kingdom of God.” Fortunately verse 11 offers hope to those who repent, “And such were some of you. But you were washed, but you were sanctified, but you were justified in the name of the Lord Jesus and by the Spirit of our God." I posted these verses on my Facebook page along with a prayer for laborers to reach out to the survivors with the gospel so they recognize their need for salvation.

Unfortunately, my comments were misinterpreted by a few of my Facebook friends. Four of them unfriended me. Others wrote some not-so-positive remarks. One accused me of “discriminating” against gays. In response, I pointed out that when I’m doing street evangelism and encounter homosexuals, I usually don’t witness to them differently than I would to heterosexuals. We all need the saving grace of Jesus Christ. Quoting what Scripture says regarding immoral behavior isn’t discrimination but warning of the consequences if one doesn’t repent.

Another friend mentioned Jesus’ words in Matthew 7:1 (KJV), “Judge not, that ye be not judged.” I’ve noticed many people are quick to judge murderers as hell-bound but God still used Moses and Paul to write parts of the Bible (including Scriptures opposing homosexuality). A proper interpretation of God’s word shows that a Christian is supposed to judge but without being judgmental or hypocritical. Jesus said in John 7:24, “Do not judge according to appearance, but judge with righteous judgment.”

One of my other Facebook friends posted this simple question: “What would Jesus do?” Jesus would likely respond the same way He did to the woman caught in adultery in John chapter 8...extend mercy but then say, “Go and sin no more.” (verse 11)

Jesus wouldn’t want us throwing stones but demonstrating His love towards those affected by the tragedy in Orlando. Chick-fil-A employees there showed up for work last Sunday (a day they are normally closed) to prepare and give away food to first responders and people donating blood to victims of the shooting. This certainly demonstrates Christlikeness considering Chick-fil-A experienced protests after their CEO spoke out against gay marriage in 2012.

In no way do I condone what happened in Orlando. If I were to know any of the victims' family members, I would be compassionate towards them regarding the loss of their loved ones. However, if I was asked to speak at their funeral, it would be dishonest for me to say they are “in a better place” if I wasn’t certain they knew the Lord and lived their lives for Him.

Homosexuality can be a very sensitive subject especially around those who have close friends that are part of the LGBT community. Nevertheless, Christians should never be afraid to speak the truth of God’s word. We can reach out to homosexuals with Christ’s love without condoning their lifestyles.

“He who covers his sins will not prosper, but whoever confesses and forsakes them will have mercy.” - Proverbs 28:13 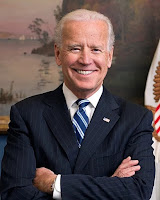