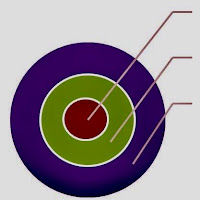 For about a month now, I’ve experienced an unexpected surge of friend requests on Facebook. Until recently I might get one or two per day. Now they’re pouring in at an unprecedented rate. One morning I woke up and had sixty new friend requests waiting for me!

A fellow evangelist I often work with has also seen this happen but only accepts friend requests from people he already knows. As for myself, I will accept most of them as long as my potential friend appears to be a committed Christian. They must also have a legitimate profile photo.

At the time of this writing, I now have over 3,600 Facebook friends from different parts of the world. Most of whom I’ve never met personally. Yet many of them want to chat immediately after I accept their friend request. That prompted me to draft a letter that I now display on my Facebook page. This letter clearly outlines things I will and won’t do online. I’ve had to email this letter to new friends who apparently didn’t notice it the first time.

I’ve used the “block messages” function on Messenger but still remain friends with individuals who persist in initiating conversations with me. This is not meant to be rude but to limit unnecessary distractions. Often new friends ask questions (like “Where are you from?”) that can be answered by simply looking at my Facebook page or examining my website.

During His earthly ministry, Jesus set boundaries regarding the people He spent time with. Jesus commissioned twelve apostles but only allowed three of them (Peter, James, and John) to come with Him on certain occasions such as the Mount of Transfiguration. He later appointed seventy others to do His work but they weren’t as close as the twelve who gathered with Him at the Last Supper. Jesus still needed time to get away to fellowship with the Father.

A lack of boundaries invites a lack of respect from certain people. Often I implement a “three strikes you’re out” rule on Facebook. If someone persists in violating my wishes by tagging me or posting things I don’t want on my wall, I will unfriend them.

I encourage you to set boundaries for yourself, especially when using social media. We need to be cautious in not allowing the Internet to rob time that should be devoted to prayer, reading God’s word, and fulfilling the Great Commission.