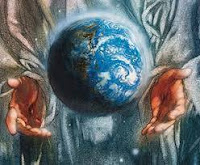 For many years environmentalists have issued warnings of certain commodities being depleted. While growing up in the 1970s, I heard a poem in school about the earth supposedly running out of trees. I also remember seeing TV commercials warning about shortages of oil and fresh water. Nowadays, hotels have signs encouraging guests to conserve water so we can supposedly “save our planet.”

Now there’s another resource being targeted by activists. This past week I saw a BBC News headline claiming “the world is running out of sand” (the Smithsonian Institution published a similar report on their website). Immediately, I thought of God promising Abraham’s descendants would be “…as the sand of the sea, which cannot be numbered for multitude.” (Genesis 32:12) Still, I read the BBC write-up which explained not all types of sand are in danger of extinction. It’s the kind used for infrastructure and making certain electronic products. I don’t take articles like this seriously when exaggerated titles are used.

The truth is we serve a God of abundance. He has provided the earth with plenty of natural resources. God can create additional things to meet the needs of His people. When Jesus multiplied the loaves and fishes, He didn’t make just enough to satisfy the hunger of those that heard His word. Matthew 14:20 says, “So they all ate and were filled, and they took up twelve baskets full of the fragments that remained.” Once while having dinner with friends in Canada, pieces of chicken were supernaturally added. Missionary Heidi Baker has testified of God multiplying food for her numerous orphans in Mozambique.

So-called shortages are often the result of individuals hoarding up things. Proverbs 13:22 says, “…the wealth of the sinner is stored up for the righteous." So don’t let fear-mongers make you think the earth is being tapped out of necessary resources. God provides more than enough.

“When Abram was ninety-nine years old, the Lord appeared to Abram and said to him, “I am Almighty God [El Shaddai]; walk before Me and be blameless. And I will make My covenant between Me and you, and will multiply you exceedingly.” - Genesis 17:1-2
Bible environmentalist God Jesus natural resources sand shortage tree hugger water wealth