Why Do Churches Close? 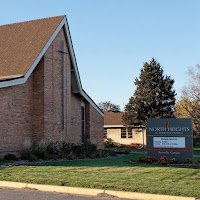 During the winter, I often reside at a missionary house in Tampa, Florida. Not far from there are two churches that recently closed its doors. One of them focused on meeting the needs of the homeless. The pastor vacated the property after the landlord announced the rent was doubling. For now, the pastor and his wife will conduct park outreaches like they’ve done before.

The other was a small Assembly of God church where I sometimes attended services and Bible studies. After being there for over six years, the pastors decided to sell the property to a Hispanic fellowship. While it may have been disappointing for these pastors not to oversee a growing congregation, souls still got saved there. Three months ago during a Bible study, I got to lead an occasional attendee to receive the Baptism of the Holy Spirit. Our labor in the Lord is not in vain (1 Corinthians 15:58).

Four years ago, a megachurch in Minnesota that I visited a few times had temporarily shut down. North Heights Lutheran Church in Arden Hills was founded in 1946 with a 450 seat sanctuary. NHLC had grown to a peak of 3,400 weekly worshippers that met at two locations. Attendance then dwindled down to a few hundred. Various reasons surfaced regarding the church’s brief demise: financial problems, downsizing and congregation members not approving of a woman that temporarily became the senior pastor.

Jesus said in Matthew 16:18, “…and on this rock I will build My church, and the gates of Hades shall not prevail against it.” Churches often close not because of outside persecution but from problems within. One survey cited the number one reason people leave a particular fellowship is conflict and gossip. Some church folk can be hard to love just like certain family members. Nevertheless, John 13:35 says, “By this all will know that you are My disciples, if you have love for one another.”

Then again, I have a friend in North Dakota who pastored a church there for a number of years but then felt led to shut it down and move his family to Oklahoma for a season. Instead of handing the reins over to another minister, this pastor encouraged his congregation to connect with other local fellowships. He later attended one of those himself.

Still, I believe it’s God’s best for all His churches to grow so they have a greater influence in their communities. However, if a church strays from sound doctrine and teaches things contrary to Scripture or don’t allow the gifts of the Spirit to function, then it should close its doors.