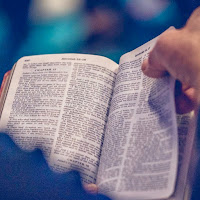 Street evangelism is a continuing education as long as one remains teachable. We can always learn new ways to approach people and how to handle objections. When certain situations don’t turn out well, it’s good to examine ourselves in case we can do things better next time. A few days ago, I had one of my most challenging experiences as a soul winner.

One afternoon while standing outside the missionary house I’ve been staying at, three boys were slowly walking by. Immediately, I thought of offering gospel tracts to the boys but had left them in the house. So I rushed inside to grab some tracts and then returned outside. As I started talking to the boys, four adults from across the street ran up to confront me. They were alarmed to see me running toward the boys. One man accused me of being a child molester. I replied, “I rebuke that false accusation in the name of Jesus Christ of Nazareth” and then walked away.

I went inside the house but heard the four adults come onto the property. I returned outside and explained that I simply wanted to share the gospel with the boys. I admitted to a lack of judgment, apologized, and asked for their forgiveness. The one woman in the group calmed down a bit but threatened to call the police if this happened again. Two of the men were still fuming and spewed profanity at me. As I went back into the house, one of them followed me into the kitchen since the back door is usually left open during the day. I told this man I could call the cops on him for trespassing. He finally left me alone.

Although I was a bit shaken by this incident, another missionary who’s been my roommate reminded me that this was an attack of the devil. Still, this conflict might have been avoided had I remembered to follow these basic guidelines…
Always remember we are in a war for souls. No matter how you share the gospel with people, there will be those who won’t like it. Nevertheless, Christians can minimize the amount of persecution against them by using wisdom and common sense.

“See then that you walk circumspectly, not as fools but as wise, redeeming the time, because the days are evil.” - Ephesians 5:15-16