Memories of a Former Gamer 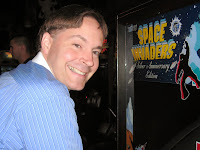 As a teenager, I played a lot of video games both at home and in public places. At 14 I bought an Atari Video Pinball console. A year later I saved up my money to purchase an Atari 2600. While in high school I spent close to half my paychecks into coin-operated games. This was back in the days of “Space Invaders” when aliens simply disappeared when you shot them. The games weren’t as graphic as they are now.

In the mid-1980s I decided to cut back on video games. Aside from wanting to focus on a music career, many of the newer games required you to spend more money just to get good at them. Nevertheless, there were times when I put chunks of change into “Dr. Mario”, “Klax”, and “Tetris.” I also enjoyed playing games like “John Madden Football” and “Sonic the Hedgehog” when with someone who had a Nintendo or similar system at home.

I was never a fan of violent games. In 1993 while briefly working for a video game dealer, I was shocked to see blood splattering from the characters on the recently released “Mortal Kombat II.” Since then video game graphics have become so realistic, it’s like being part of a Hollywood movie.

In recent years, many mass shootings have been perpetrated by gamers. Constant viewing of murders on TV and movies desensitizes one of the sanctity of human life. Violent video games can add to that since the player himself initiates the killings. Proverbs 23:7 says, “For as he thinks in his heart, so is he.” What we meditate on the most can eventually come to pass in real life.

Nowadays, I seldom play video games. I do occasional stints of FreeCell on a friend’s PC. On my iPad, I have a Sudoku app that is played maybe once a day. Despite constantly receiving game requests from Facebook friends, I turn them all down. Instead, I prefer doing more productive things like winning souls. Eternity is not like a game where one can push the reset button and start over. We only have one life available to fulfill God’s purpose for our lives.

As Leonard Ravenhill often asked, “Are the things you living for worth Christ dying for?”