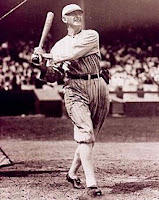 Major League Baseball is currently in the midst of its playoffs. Having lived in Minnesota most of my life, I’m rooting for the Twins who (at the time of this writing) need to make a miraculous comeback to finally get past the New York Yankees and possibly play in their first World Series since 1991. Baseball has been called America’s National Pastime. However, the sport became tainted 100 years ago due to the infamous Black Sox Scandal.

The Chicago White Sox and the Cincinnati Reds faced each other in the 1919 World Series. The White Sox were heavily favored to win but lost the best-of-nine series five games to three. It was discovered some White Sox players intentionally played poorly to receive money from gamblers. The “Black Sox” moniker reportedly came from the dirty White Sox uniforms. Tight-fisted owner Charles Comiskey refused to pay for having his players’ uniforms cleaned.

Despite being acquitted in a public trial, eight of the White Sox were banned from professional baseball by newly-appointed commissioner Kenesaw Mountain Landis. One of those players was Shoeless Joe Jackson (pictured here), who continued proclaiming his innocence until his death in 1951. His defenders point out Joe had the best batting average (.375) among all the players during that World Series plus he didn’t commit any errors. Joe knew about the fix but never met with the gamblers. He was often taken advantage of because of being illiterate.

The 14th Amendment to the United States Constitution states that defendants in a court of law are “innocent until proven guilty.” Sometimes people are imprisoned for crimes they didn’t commit. An advantage we have as believers is God can supernaturally vindicate us. One example is Joseph in the book of Genesis. He was imprisoned for two years under false rape charges but was exonerated after Pharaoh learned he could interpret dreams. Proverbs 18:16 says, “A man’s gift makes room for him, and brings him before great men.” God elevated Joseph from the pit to the palace.

Revelation 12:10 says that Satan is the accuser of the brethren. Are you facing accusations for things you didn’t do? Trust in the Lord and His blood to declare you publicly “not guilty.”


“But the king shall rejoice in God; Everyone who swears by Him shall glory; But the mouth of those who speak lies shall be stopped.” - Psalm 63:11
accuser baseball Bible Joseph brethren exonerate fix game God Holy Spirit Jesus promote scandal throw World Series