Another One Rides the Bus 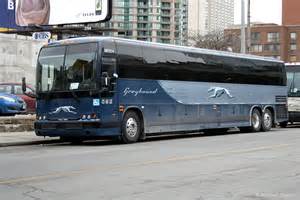 Not having owned a car for almost two decades, I often use public transportation to travel around the country. Whenever possible, I avoid overnight trips by bus. The last time I had done that was in June 2016 going from Boston to Virginia. A pastor in South Hill wanted me to lead outreaches there and offered to buy the ticket. Then a few days ago I took a bus from Tampa, Florida to Washington, DC. The Southwest and Amtrak fares were higher than usual. So I checked the Greyhound website and found a one-way ticket for only $69.

Greyhound restricts passengers to one free carryon and one checked bag. Two extra bags may be checked for $20 each. Usually, I travel with four bags (one of them filled with tracts and gospels of John). I repacked my stuff into three bags by downsizing and placing my duffel bag into one of my suitcases. My backpack was used as the carryon. Despite using a scale at the missionary house to get everything within weight limitations, both my two suitcases were slightly over 50 pounds according to Greyhound’s scale. Fortunately, the employee told me not to worry about that and only charged me for the extra checked bag.

While at the Tampa Greyhound station, I went online with my laptop and also witnessed to a homeless man who earlier helped bring one of my suitcases inside. He was already a believer. Later after getting in line, another homeless man approached me complimenting my doing God’s work but it was obvious he wanted money. Instead, I gave him two of the bags of chips brought with me and a gospel tract. He rambled on about beliefs inconsistent with the Bible. Fortunately, that conversation was cut short because it was time for me to board the bus.

Despite riding an express bus, the layovers on this trip seemed longer…one to two hours at a time. Another thing I wasn’t happy with was the “free Wi-Fi” on buses now limited to 100 MB per device. However, free movies were available online that didn’t count against the data limit. I watched “I Can Only Imagine” and “Wonder Woman” plus part of “Toy Story 4.”

While traveling from Orlando to Jacksonville, there were fewer passengers on the bus. So I played worship music through my earphones wanting to enter into the presence of God. That was hard to do even though I never had to let someone sit next to me. A young man two rows behind me talked loudly on his cell phone. I had to remind him the driver instructed us not to use speakerphones.

While in Jacksonville, I mostly did stuff online since the Wi-Fi in the stations didn’t have a data limit. I considered getting food in the Greyhound cafe but decided against that because of the high prices. When it was time to board the bus again, we were suddenly told to get on a different one. The previous bus I rode had mechanical problems. I hurried to retrieve my jacket and neck pillow left behind (the checked baggage had been transferred) and then picked another window seat close to the front. Later while the bus traveled north on Interstate 95, the young man who talked loudly on his phone started playing music through the speaker. Other passengers complained about it using profanity. The driver issued many warnings but didn’t kick him off the bus.

More stopovers were done in Savannah, Georgia, Fayetteville, North Carolina and a short one in Stony Creek, Virginia. There I hurried over to Subway to get a $2.99 roasted chicken sub plus a free vitamin water from filling out an online survey. I had mostly snacked on chips and wanted something more nutritious. Then in Richmond, I sat in the cafe watching YouTube videos on my iPad. I was really tired and not in the mood to talk to anyone or do anything productive.

My bus finally arrived at Union Station in Washington, DC around 9:15 a.m. A friend picked me up to take me to his house in Fairfax, Virginia. It felt good to lay down on a bed. Usually, I don’t sleep well in moving vehicles. During the little sleep I got on this bus ride, I dreamed of having back problems. This was probably due to my lower back feeling uncomfortable.

Despite my desire to save money, I don’t want to do an overnight bus ride again. It reminds me of a story involving Smith Wigglesworth. The British “Apostle of Faith” often traveled by train first class. Someone once asked him why he was “wasting God’s money.” Smith answered, “I am preserving God’s servant.” Every minister has probably traveled in uncomfortable circumstances but it’s better for him to stay refreshed so he can be at his best at a moment’s notice.