Why I Boycott Babylon Bee 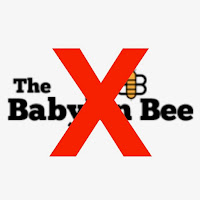 Anyone who knows me will tell you I enjoy comedy. Jesse Duplantis and Kenneth Copeland get me laughing with some of their preaching stories. Worship leader Roy Fields would make a great stand-up comedian with his impersonations of fellow ministers. In my monthly newsletter, I used to publish jokes in a “Holy Humor” column. Nowadays, I usually share a “Friday Funny” on Facebook and Twitter. As Proverbs 17:22 says, “A merry heart does good, like medicine…”

However, Christians should avoid humorous materials that contain profanity and conjure up immoral images. Colossians 3:8 says, “But now you yourselves are to put off all these: anger, wrath, malice, blasphemy, filthy language out of your mouth.” The next verse goes on to say, “Do not lie to one another, since you have put off the old man with his deeds.” It grieves me to see believers share misleading news stories on their social media pages even if it's meant to be a joke. One source of that is Babylon Bee, a satirical website often compared to The Onion.

A minister I know recently posted on Facebook a Babylon Bee article claiming: “Bernie Sanders Praises China For Eradicating Poverty By Killing All The Poor People.” I wrote a response pointing out this is fake news. My friend removed my comment and added, “I do not care if this site is satirical.” While I appreciate his desire to expose the dangers of socialism, spreading lies about a politician is not the solution. Jesus said it’s the truth that makes us free (John 8:32). It would be better to share writings with documented proof like Rodney Howard-Browne’s latest book “Socialism Under the Microscope.”

In August 2017, Babylon Bee published an article that included the following paragraph…

“Although Joel Osteen took flak over the weekend for closing up his church to flood victims and all but disappearing during the aftermath of Hurricane Harvey, the megachurch pastor reportedly returned to the city on his luxury yacht ’S.S. Blessed’ to make amends Tuesday by tossing copies of ‘Your Best Life Now’ to stranded flood survivors.”

Many people believed this story and circulated it as if it were true. In her Charisma column “Watchman on the Wall”, Jennifer LeClaire wrote in response: “Can we get some responsibility in journalism, please? I suppose Joel is an easy target at some level since he's a happy guy with a mega church and mega prosperity. But the Bible warns against bearing false witness. This was clearly an assignment from the pit of hell to slander him at a time when we should be focused on helping Texas recover.” I totally agree. Nevertheless, Babylon Bee has continued releasing phony reports about Joel and other ministers that Facebook friends have shared.

I refuse to waste my time reading bogus articles like those published by Babylon Bee. Even though satirical sites usually have disclaimers, not everyone notices them. It’s a bad witness to the world when Christians don’t take time to investigate and pass on fraudulent stories.