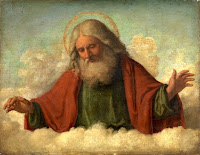 How do you respond if a fellow believer proclaims something that’s in error? There are times we need to rebuke others. But no matter how you speak the truth in love, some people won’t receive correction. In those situations, it’s best to back off. God can send someone else who will possibly get through to them. You have to let God be God.

A Christian writer I met a few years ago recently posted a quote on his Facebook page supporting his belief in universal reconciliation. First, I responded by reminding him of Revelation 20:15, “And anyone not found written in the Book of Life was cast into the lake of fire.” Later, I posted a quote about the reality of eternal punishment for the unsaved and then added the comment: “Love warns.” This writer repeatedly defended himself by posting links to blog articles he wrote. I glanced at only one of them. I’m cautious not to absorb teachings that misinterpret the Bible. I could have posted more corrective comments but opted not to. I cannot be someone else’s Holy Ghost. You have to let God be God.

This past week, another minister wrote many critical posts against a well-known worship leader for saying certain things. I was more disturbed by this minister’s ongoing attacks. So I wrote a comment on his Facebook page asking if he tried reaching out to this worship leader. This minister wrote a response asking me to clarify what I meant. I then questioned him having (at that time) eight posts against this worship leader. He defended his right to post whatever he wanted and then told me to “Scram Bro.” So I unfollowed this minister to avoid seeing his critical posts in my newsfeed. You have to let God be God.

When evangelizing, I often meet followers of other religions promoting ideas that conflict with Scripture. As a general rule, I’ll share two Bible verses countering their errant beliefs. For example, Muslims believe Jesus was only a prophet and that God has no sons. So I often quote to them John 14:6 and John 3:16. Usually, that won’t result in an immediate conversion. Still, I planted a couple of seeds. More laborers will hopefully water those seeds so the Muslims will someday recognize their need for salvation. 1 Corinthians 3:6 says, “I planted, Apollos watered, but God gave the increase.”

Once again, you have to let God be God.

“As for a person who stirs up division, after warning him once and then twice, have nothing more to do with him…” - Titus 3:10 (ESV)