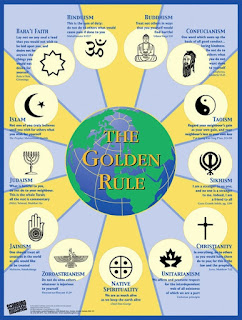 A spiritual truth known to Christians and non-Christians is often called the Golden Rule. Jesus said in Matthew 7:12 (NIV), “So in everything, do to others what you would have them do to you, for this sums up the Law and the Prophets.” That Scripture came to my remembrance during a recent visit to North Dakota.

A former pastor I know was in the area for business reasons. He had suggested I ride with him back to the Twin Cities (instead of waiting a few days for another prearranged ride) and would leave within the next 48 hours. I figured he would give me some advance notice. One evening this minister sent me a text asking, “You ready?” He wanted to go right away! After I hurriedly packed up my stuff and arranged a ride to meet him where he was at, this minister said he wouldn’t drive me home, which was about ten miles from his house. That would have caused me to be stranded in his town at 2:00 in the morning. He refused my request to sleep on his couch and then find a ride home. I thought, “What if we traded places?” I would have been more considerate of his needs.

Wikipedia defines the Golden Rule as “a basic principle that should always be followed to ensure success in general or in a particular activity.” Every religion has a version of this truth. Some call it karma, a term known to Hindus and Buddhists. One dictionary defines that as “the sum of a person's actions in this and previous states of existence, viewed as deciding their fate in future existences.” However, the Bible refutes the idea of reincarnation (Hebrews 9:27).

Doing good works have no bearing on one’s eternal destiny. Chick Publications has a cartoon tract about a couple that spent fifty years on the mission field in Africa. After dying in a plane crash, the two missionaries found out they were headed for hell! They thought following the Golden Rule would get them into heaven. Jesus warned in Matthew 7:22-23, “Many will say to Me in that day, ‘Lord, Lord, have we not prophesied in Your name, cast out demons in Your name, and done many wonders in Your name?' And then I will declare to them, ‘I never knew you; depart from Me, you who practice lawlessness!'”

Still, there are consequences for our actions. Galatians 6:7 says, “Do not be deceived, God is not mocked; for whatever a man sows, that he will also reap.” Politicians should be mindful of this. It’s ridiculous how a few of them go into public places without masks but insist everyone else wear one. Unless they repent, these politicians will answer for their hypocrisy.

Do you want rewards in this life and the next? Make sure you are born again and then follow the Golden Rule. As believers, we do good works because we’re saved, not to become saved.