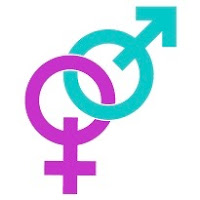 The first time I heard of someone having a sex change was while listening to “American Top 40” in 1979. Casey Kasem talked about a musician named Walter Carlos who was a pioneer in electronic music (his 1968 album “Switched-On Bach” was one of the first successful recordings to feature a synthesizer). Walter dropped out of the public eye for a number of years and had gender reassignment surgery before emerging as “Wendy Carlos.” I was shocked when Casey wished “her” luck and looked forward to “her” upcoming work. At 15 years old, I couldn’t believe someone changing their sex was something to be taken seriously.

Fast forward forty years later. We now live in a society of gender fluidity. Individuals of all ages can suddenly change their sexual identity at the drop of a hat. Facebook now offers users 58 different ways to identify their gender. The proofreading app Grammarly recently published a blog article about “how to use gender pronouns respectfully” because “it’s Pride Month.”

People who won’t address transitioning individuals by their preferred gender can find themselves in trouble. One Virginia high school teacher lost his job for refusing to call a female student by male pronouns. Peter Vlaming (who is a Christian) offered to use the student’s new name and avoid feminine pronouns, but the school wouldn’t accept his compromise. Other God-fearing people have been harassed, threatened, and censored for not calling transgender people their preferred pronouns.

I refuse to conform to this lunacy. The Bible makes it clear God created man male and female…period! There are no alternative genders. Nor does Scripture accommodate individuals wanting to change their sex. Proverbs 22:6 says, “Train up a child in the way he should go, and when he is old he will not depart from it.” Sadly, some parents have encouraged their children to become transgender. As Charisma columnist J. Lee Grady stated, “This is not just an attack on family values; it’s an attack on basic intelligence.”

If you happen to be someone struggling with gender identity, please don’t interpret this article as hateful. I’m speaking the truth in love plus using common sense. To identify a biological male with a feminine pronoun (or vice versa) is like calling a dog a cat. It doesn’t change who they really are. A few years ago I did street ministry with a man who admitted he used to wear women’s clothes until he was set free from gender confusion. As 1 Corinthians 14:33 points out, “God is not the author of confusion but of peace…”

Are you seeking to change your identity? A better transition is to become a new creature in Jesus Christ.