Don’t Put It Off 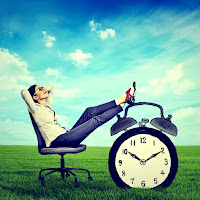 Last weekend, I flew up to New England where I’m staying with a minister and his wife. Earlier this week, a man sleeping in the room next to mine unexpectedly passed away. Michael was only 52 years old. We previously met in 2012 at a house church in Haverhill, Massachusetts where he was living at the time. Like myself, Michael was a former nightclub disc jockey.

Michael and I hooked up again this past Monday when he and another man came over to work on my hosts’ house. Eventually, Michael offered to buy us all dinner and also got us coffee at Dunkin Donuts. Later that evening, my hosts were praying and worshipping the Lord with Michael in the living room. I mostly stayed in my bedroom working on my laptop until it was quiet enough for me to get to sleep. Michael went to bed sometime after midnight.

The next morning, my host knocked on Michael’s door but there was no answer. Michael was then found lifeless on top of his bed. Paramedics and the police arrived a few minutes later. They spent the next couple hours investigating and asking questions. A coroner later removed Michael’s body for an autopsy. A memorial service was held yesterday in Windham, New Hampshire.

Michael’s death should serve as a reminder that we must be ready for eternity. Many people think they have all the time in the world and yet their lives can suddenly end without warning. Perhaps one of the policemen who showed up at the house thought about that as I led him to the Lord. James 4:14 says, “Whereas you do not know what will happen tomorrow. For what is your life? It is even a vapor that appears for a little time and then vanishes away.”

Too many Christians allow worldly activities to consume their attention. Those who proudly believe in “once saved, always saved” face the risk of backsliding and missing the Second Coming. Look at this passage in Matthew 24…

48 “But if that evil servant says in his heart, ‘My master is delaying his coming,’
49 and begins to beat his fellow servants, and to eat and drink with the drunkards,
50 the master of that servant will come on a day when he is not looking for him and at an hour that he is not aware of,
51 and will cut him in two and appoint him his portion with the hypocrites. There shall be weeping and gnashing of teeth.”

In response to the Apostle Paul’s preaching, the Roman governor Felix was afraid and answered, “Go away for now; when I have a convenient time I will call for you.” (Acts 24:25) There’s no record of Felix ever repenting. When the philosophers at Athens “…heard of the resurrection of the dead, some mocked, while others said, 'We will hear you again on this matter.’” (Acts 17:32) It’s possible some of the “others” never had another opportunity to respond to the gospel.

Hell is full of people who kept procrastinating the decision to be born again until it was too late. Michael was saved and is now in heaven. What about you? Are you ready to meet your maker if your life ended right now? If not, I urge you to make Jesus Christ your Lord and Savior right now. Don’t put it off!