An Open Letter to Julie Brown 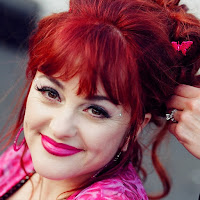 I happened to log on your Facebook page a few days ago and noticed your post: “Why are Christians condemning Pete Buttegieg [sic] for being gay? Wasn’t Christ loving and kind and accepting of everyone?” I decided to write a response even though it might trigger a flood of negative comments from fans of yours who won’t respect my beliefs. I’m aware you have a significant following from the LGBTQ community. Therefore, I felt the best approach is to post this letter in my blog and then send you a link to that.

First, let me tell you a little bit about myself. I’m an evangelist who previously sought a secular music career. Like yourself, I’ve had songs aired on the Dr. Demento radio show. I enjoyed many of your recordings and saw the movie “Earth Girls Are Easy” based on your song of the same name. I consider you a talented and attractive performer (I’ve always liked redheads). ;)

You asked why Christians are “condemning” Pete Buttigieg for being gay. I don’t condemn Pete as a person. Jesus died for him as well as everyone else. What Bible-believing Christians don’t agree with are alternative lifestyles that go against Scripture. Personally, I know individuals who overcame same-sex attraction and transgenderism with God’s help. Therefore, I cannot accept the idea that homosexuals and transsexuals are born that way.

What I find more troubling is God-fearing business people being threatened with legal action if they won’t participate in events celebrating these lifestyles. One Christian baker who already won a Supreme Court case supporting his decision not to make a same-sex wedding cake was recently sued again for not making a cake acknowledging a gender transition. A homosexual president would likely condone more persecution like this.

You also asked, “Wasn’t Christ loving and kind and accepting of everyone?” The answer to that question is “no.” Jesus said in Matthew 7:21-23, “Not everyone who says to Me, ‘Lord, Lord,’ shall enter the kingdom of heaven, but he who does the will of My Father in heaven. Many will say to Me in that day, ‘Lord, Lord, have we not prophesied in Your name, cast out demons in Your name, and done many wonders in Your name?’ And then I will declare to them, ‘I never knew you; depart from Me, you who practice lawlessness!’” Throughout the gospels, Jesus rebuked the Pharisees for their pride and religious hypocrisy.

Jesus did reach out to prostitutes, tax collectors, and other sinners. It wasn’t for the purpose of affirming their sin but to offer redemption. He told one woman caught in adultery, “Neither do I condemn you; go and sin no more.” (John 8:11) The Lord is saying the same thing today to anyone willing to repent of sexual immorality.

Hopefully, I’m not coming across as self-righteous. None of us are perfect and deserve to go to heaven. Even if you haven’t had a Christian upbringing, perhaps you’re familiar with John 3:16, “For God so loved the world that He gave His only begotten Son, that whoever believes in Him should not perish but have everlasting life.” Everyone has the opportunity to receive the free gift of salvation. My prayer is that you choose to do so.

“For God did not send His Son into the world to condemn the world, but that the world through Him might be saved. He who believes in Him is not condemned; but he who does not believe is condemned already, because he has not believed in the name of the only begotten Son of God.” - John 3:17-18
adultery confess Dr. Demento faith God Holy Spirit Jesus LGBT LGBTQ marriage MTV politics prayer President repent White House