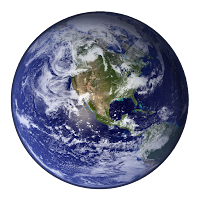 A sign we are living in the last days is the increasing promotion of globalism. Some people believe mankind would be at peace if national borders were erased and we all became one. That sounds like a worthy goal but it won’t become a reality.

Ever since the fall of man, wars have been fought between various civilizations. After World War I ended, the League of Nations was formed in hopes of preventing another global conflict. That association couldn’t stop the Italians, Germans, and Japanese from triggering World War II. Since 1945, the United Nations has attempted to defuse international conflicts. Unfortunately, they enact policies contrary to Scripture. Among them are condemnations against Israel for possessing land that rightfully belongs to her. Before Jesus Christ returns, the antichrist will attempt to gather all nations under his control before his defeat at the battle of Armageddon.

In Genesis 9:1, God told Noah and his sons, “Be fruitful and multiply, and fill the earth.” Two chapters later, their descendants deviated from those instructions by building the Tower of Babel. Their motive was to “…make a name for ourselves, lest we be scattered abroad over the face of the whole earth.” (Genesis 11:4) God thwarted those plans by confusing their languages. That caused mankind to disperse. Nations then came together often by a common language.

The world having a variety of countries is God’s idea. Job 12:23 says, “He makes nations great, and destroys them; He enlarges nations, and guides them.” Sometimes it’s God’s will for certain countries to grow larger and more prosperous when they obey his plans and purposes. Isaiah 26:15 says, “You have increased the nation, O Lord, You have increased the nation; You are glorified; You have expanded all the borders of the land.”

Being a patriot is not a sin as long as it doesn’t influence one to violate God’s commandments. Some Bible teachers have suggested Jonah resisted going to Nineveh because of being prejudiced toward those who weren’t Israelites. I’m thankful God had me born and raised in the United States of America, a nation that grew from thirteen colonies to its present fifty states. However, I’ve been willing to reside in other countries as a missionary. Twice I’ve spent seasons living in Canada. In 2003, I went to Germany for four months and would’ve been content staying there for the rest of my life. Instead, God led me to visit other European nations before calling me back to America.

Our steps are ordered by the Lord (Psalm 37:23). There is a purpose for us living in the nation He has us in. Still, we should be willing to move to another country if and when He leads us to.

“And He has made from one blood every nation of men to dwell on all the face of the earth, and has determined their preappointed times and the boundaries of their dwellings” - Acts 17:26
antichrist Bible borders Holy Spirit Jesus nations order prophecy world