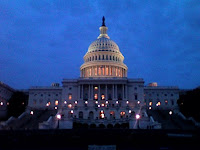 Just over a month ago, a friend forwarded to me a sixteen-minute video that went viral. Dana Coverstone is the pastor of an Assembly of God church in Kentucky. In his video, Dana testified of God giving him dreams about America’s future. He warned of foreign soldiers on the ground, hyperinflation, and cities burning during September, October, and November of this year.

At first, I seriously considered what Dana shared. The previous week, a prophet I know saw a war coming to the United States. Dana doesn’t claim to be a prophet but talked of having previous dreams of disease and protests that came to pass. He advised, “Let's see what happens through November and see if I’m right about this.” So I shared Dana’s video on my Facebook page (later removing it) and added the comment: “Perhaps this can be averted through prayer and fasting.” Jonah prophesied the downfall of Nineveh but that was delayed because of its inhabitants repenting.

Many pundits have predicted the demise of America. The wife of a state senator I know recently wrote on her Facebook page: “We are not a free country right now.” Certainly, we’ve seen troubling things over the past few weeks: looting, buildings on fire, reports of coin shortages, and politicians imposing lockdowns. However, I’ve read other prophecies proclaiming hope for America and the church. Last Sunday during a service, handouts were given about Bob Jones’ “100-year prophecy.” The Lord had shown this late prophet awesome things manifesting per decade: “I saw up to the 2060s and the church here was not beat down.” This suggests the Second Coming may not happen for another 40 years.

Two days later while watching an online prayer meeting, a 1974 prophecy from Kenneth E. Hagin was read. The opening lines were: “'No, the time of the end is not yet. No, America is not doomed', I heard Him say, 'No, judgment will not fall as yet. Some have seen some things in the spirit and didn’t know how to interpret it. They interpreted it as happening now. I didn’t say it was going to happen now. In the spirit you see things in the distance — and even in another age. When the Church age is over, judgment will fall. But judgment will not fall upon the Church. For the only judgment that the church will face is the judgment seat of Christ.'”

1 Corinthians 13:9 says, “For we know in part and we prophesy in part.” One prophet may see something in the future that appears to contradict what another prophet is seeing. Sometimes these prophecies make more sense when they are put together like pieces of a jigsaw puzzle. The events they are seeing could happen years apart. Even if a war occurs upon American soil later this year, that doesn’t mean it’s all over for this country. We survived other challenges like the Civil War, the bombing of Pearl Harbor, and 9/11.

The United States has a history of sending soldiers and missionaries to other countries to help promote freedom both naturally and spiritually plus providing aid in response to natural disasters. I don’t see God allowing that to stop. Sodom and Gomorrah would have been spared if He had found at least ten righteous men there. I am one of the millions of professing believers here. I will continue praying for this land while preaching the gospel in various American cities. Many other ministers are believing for a Third Great Awakening that will reap a great harvest of souls in this country and others.

I choose to believe the best about America.