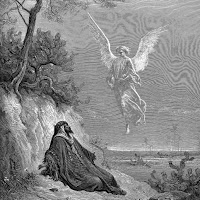 At the time of this writing, most mainstream media outlets have declared Joe Biden the winner of the 2020 U. S. Presidential election. However, all the votes haven’t been accounted for yet. There have been reports of illegal voting on behalf of the dead and underaged. I’ve also heard of individuals voting more than once despite that being a federal crime. Nevertheless, there are Christians already labeling ministers “false prophets” who predicted a Trump victory.

Jesus did warn in Matthew 7:15, “Beware of false prophets, who come to you in sheep’s clothing, but inwardly they are ravenous wolves.” However, the term “false prophet” is used too loosely amongst the body of Christ. Critics often apply that to ministers they don’t like. One example is Joel Osteen, a pastor who (to the best of my knowledge) has never called himself a prophet.

So how can one identify a false prophet? It’s more than calling someone out for making a wrong prediction. Even a broken clock is correct twice a day. 1 John 4:1 says, “Beloved, do not believe every spirit, but test the spirits, whether they are of God; because many false prophets have gone out into the world.” The next two verses tell us how to test the spirits...

2 By this you know the Spirit of God: Every spirit that confesses that Jesus Christ has come in the flesh is of God,

3 and every spirit that does not confess that Jesus Christ has come in the flesh is not of God. And this is the spirit of the Antichrist, which you have heard was coming, and is now already in the world.

One sign of a false prophet is worldly popularity. Jesus said in Luke 6:26, “Woe to you when all men speak well of you, for so did their fathers to the false prophets.” True prophets in the Bible were often despised by the very people God sent them to. As Jesus lamented in Matthew 23:37, “O Jerusalem, Jerusalem, the one who kills the prophets and stones those who are sent to her! How often I wanted to gather your children together, as a hen gathers her chicks under her wings, but you were not willing!”

The Book of Revelation mentions a false prophet that will arise during the tribulation period. He will direct people to worship the Antichrist. In the end, the false prophet will join him in the lake of fire to be tormented forever and ever.

I’ve seen many so-called prophecies proclaiming the coming destruction of America. Yet 2 Peter 3:9 says, “The Lord is not slack concerning His promise, as some count slackness, but is longsuffering toward us, not willing that any should perish but that all should come to repentance.” One characteristic of a prophet of God is a genuine desire to see sinners repent and escape judgment. He won’t have a rebellious spirit.

Another sign of a true prophet (or any servant of the Lord) is he will deflect praises that belong to God alone. John wrote in Revelation 19:10, “And I fell at his feet to worship him. But he said to me, ‘See that you do not do that! I am your fellow servant, and of your brethren who have the testimony of Jesus. Worship God! For the testimony of Jesus is the spirit of prophecy.’”

Getting back to the election, there are two other things worth pointing out…

1) Prophecies are often conditional both individually as well as corporately. The morning after the 2012 election, a friend emailed me a prophecy given earlier that year declaring Mitt Romney would become the next U. S. president. One part of this prophecy stood out to me: “These next eight years will be full of joy if the Church steps into authority, and God's righteous people are elected.” I personally believe Romney was the candidate God wanted to win but all His people didn’t do their part in voting. I know professing Christians who bragged about not going to the polls that year.

2) Even if Donald Trump were to concede this year’s election, he’s still eligible to run again in 2024 and win a second non-consecutive term. That happened once before with Grover Cleveland who was the 22nd and 24th president of the United States.

Every believer can hear the voice of God and shouldn’t solely depend on prophecy for guidance. Still, 1 Thessalonians 5:20 says we to “not despise prophecies.” Therefore, we must not throw the baby out with the bathwater and be prepared to receive ministry from true prophets of God.

“Surely the Lord GOD does nothing, unless He reveals His secret to His servants the prophets.” - Amos 3:7